But She Looks Fine

From Illness to Activism

So many young people are faced with life-changing hardships— from illness and disease to loss and calamity. What Olivia Goodreau discovers through her journey with chronic Lyme, and what she has been sharing with the world, is that inside of every predicament is also a possibility. This is the story of how Olivia turned the physical challenges and emotional hardships she had faced since she was a little girl into an engaged life of advocacy for others.

Olivia is also the founder of LivLyme Foundation, a 501(c)(3) nonprofit that provides financial assistance to children and their families struggling with Lyme and other tick-borne diseases while also supporting the work of researchers and scientists who are dedicated to finding effective treatments and cures for tick-borne diseases. Olivia is also the inventor of the free global App TickTracker, the Tickmojis App, and recently launched her latest free app, LongHaulTracker.

Olivia founded the LivLyme Foundation in 2017 when she was 12 years old to raise money for children who cannot afford their Lyme treatments, to fund research to find a cure for Lyme and other tick borne diseases and to educate the world about ticks.

Olivia has given 102 grants to children ranging in age from 2-21 to help with their Lyme and tick-borne disease treatments. She has had over 940+ applications from 49 states.

Olivia has given multiple scientific grants to Stanford University, Johns Hopkins Bloomberg School of Public Health, and the University of New Haven.

Olivia has testified twice in front of the U.S. Department of Health & Human Services, Tick-Borne Disease Working Group, and both the House and Senate in Maryland. Olivia has testified behind closed doors to Congress at the request of Congressman Chris Smith of New Jersey. She helped pass the Kay Hagan Tick Act at the personal request of Senator Susan Collins of Maine, which appropriated $150 million dollars for tick-borne diseases. Olivia lobbied with the Center for Lyme Action and spoke at their inaugural “fly in” helping to increase the tick-borne diseases congressional budget by $91 million.

Awards received include “The Bravery Award” from Stanford University’s BioADD Laboratory (as the youngest recipient), the “Gloria Barron Prize for Young Heroes”;the “Women Who Inspire” in the #beboldforchange from Nigeria’s Florence Ozor Foundation; the 2017 “People Who Inspire Award” from Ride Out Lyme; 2019 “The Power of One” award from Focus on Lyme, 2019 International Women’s Economic Forum’s award for “Young Innovators Creating a Better World for All”; the “Bluebird of Hope” from the Alex Hudson Lyme Foundation awarded for displaying courage, providing hope, and creating change. In 2017, Colorado Governor John Hickenlooper proclaimed April 8th as “Olivia Goodreau Day” in recognition of “her commitment to increasing awareness of Lyme Disease and to supporting scientists, doctors, and researchers as they work to improve treatment and find a cure”.

Olivia has held the three annual LivLyme Summits since 2018, where she had the top tick-borne disease scientists, doctors, government officials and advocates from around the world speak to a virtual audience of over 760+ guests from 26 different countries.

Olivia has interned at the U.S. Centers for Disease Control and Prevention (CDC), Stanford University, Duke University, and the University of Southern California’s labs.

Olivia is the Advisory Board Chair for Youth Advocacy for the Invisible International nonprofit and the Junior Ambassador for Lyme Disease Challenge, “Take a Bite Out of Lyme” nonprofit. She is also featured in the book, “Being a Better Human Teenager” as well as being featured in Forbes Magazine, “Tireless Teen Takes Ticks To Task”, over 20 local & national TV appearances, and featured in over 25 news and magazine articles.

Olivia hopes the LivLyme Foundation will positively impact those that suffer from all tick-borne diseases. Olivia’s hobbies include sketching, reading, scuba diving, and water and snow skiing. She loves her family, including her dogs, and prioritizes having fun with her friends whenever she can. 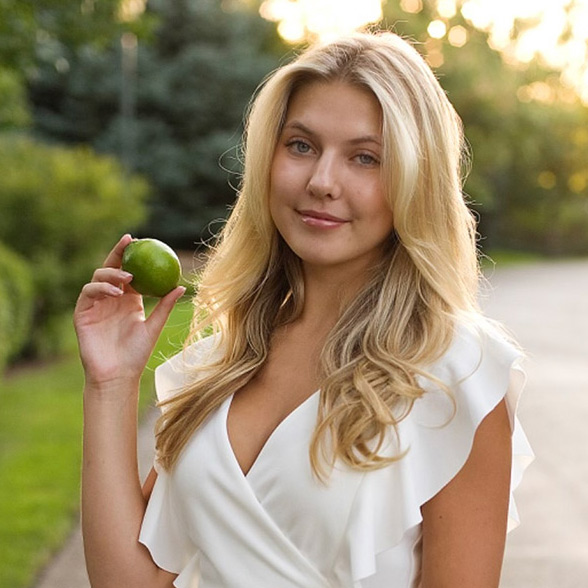 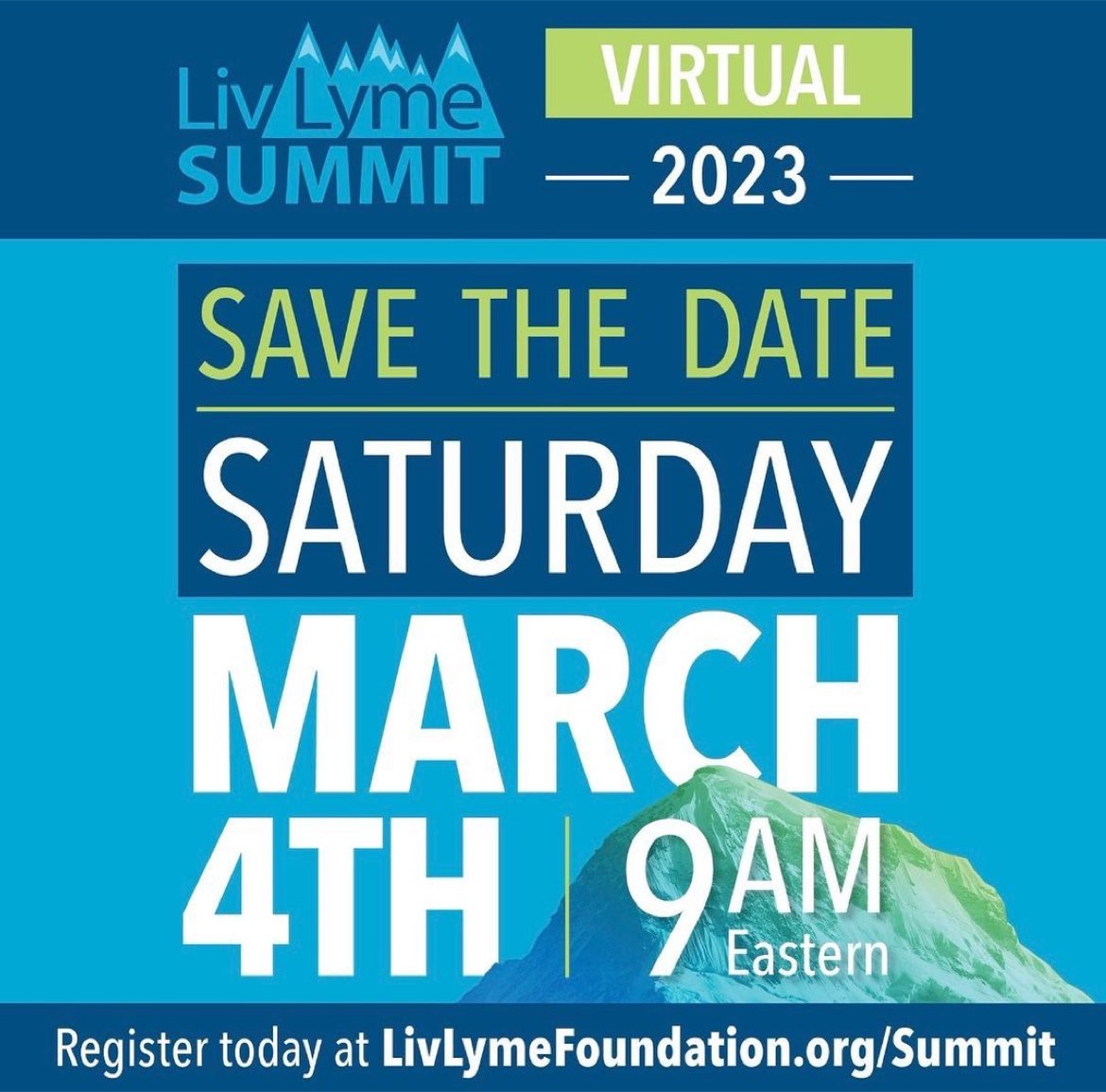 What people are saying

This book will make you stop in your tracks, pay attention, and captivate your heart in a deeply emotional way. It’s a story beyond Lyme disease – but a story about a child who grew up having to fight for her life.

Olivia’s story is a humbling and impactful account of the power that exists within struggle. It is a reminder and an example of how adversity and challenge can be turned into gifts and how one person’s story can inspire so many. Her willingness to share her experience is generous and heroic. This book will help so many.

I think Olivia is an inspiration and she is my hero.

I want to thank you for all the great work you are doing.
Mark Hamil

As a fearless advocate and compassionate friend to all whom she inspires, Olivia emerges as a voice for a marginalized, abandoned, suffering patient populations. She is the hope and voice of the future.
Susan Green

Olivia is a true Super Hero in the battle against Lyme Disease. Her courage, tenacity and determination are inspiring but what sets her apart in my mind is her empathy and compassion for others who are suffering and her desire to bring about change. Can’t wait to read the book.
Lew Leone

This young powerhouse knows what it means to start a movement from the grassroots level. She has been selfless and courageous in openly sharing her story. I’m so darn proud to be her Wingman…I’d follow her anywhere.
(Ret.) Colonel Nicole Malachowski

Olivia is a ten plus year survivor, a true inspiration and has done more in her short life so far, than most ever do in a lifetime.
Ryan Sutter

Young people are changing the world – and Olivia is proof.
Sheryl Sandburg

Insanely proud of Olivia for sharing her journey in her forthcoming memoir. I met her when she was 13 or 14 – already a force of nature & inspiration to all of us grown-ups! Anyone suffering from a health crisis will find hope in Olivia’s remarkable story.